Just like the year that has passed, 2021 has been a tough year. However, amid the chaos and suffering, the year was filled with events that left people scratching their heads. While some of them were indeed funny, some turned out to be downright bizarre or revolting.

As 2021 draws to a close, let’s take a look back at some of the craziest viral stories of the year that made waves on social media platforms.

In January 2021, US Senator Bernie Sanders stole the show from US President Joe Biden after attending the latter’s inauguration in an olive-colored winter jacket and knitted mittens, looking like a “grumpy grandpa at the post office. “.

The 79-year-old’s casual look became a sensation, and it didn’t take long for Twitter to turn it into memes. In fact, a meme site has gone a step further and enabled a feature that allows users to place the viral image of Bernie Sanders anywhere on the Google Street View image.

Dancing through the coup in Myanmar

Myanmar’s military coup in February took an absurd turn after a video emerged showing a woman, believed to be a fitness instructor, dancing as an SUV convoy approaches the compound in the background parliamentarian to overthrow the civilian government. The surreal combination of events threw many on the internet. 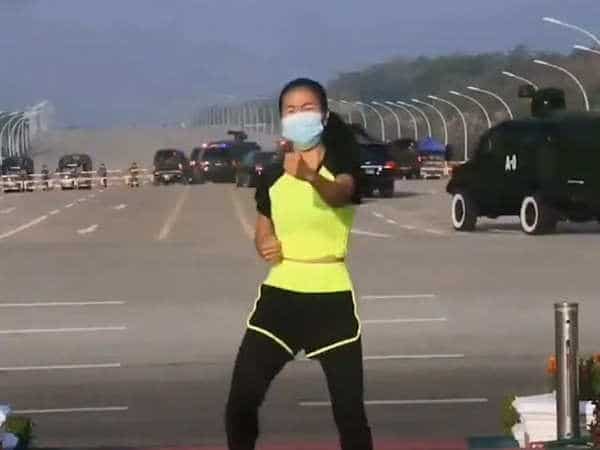 In January, social media giant Twitter permanently banned Donald Trump, taking a dramatic step to limit the then US president’s ability to communicate with his supporters. The ban came on the heels of the January 6 Capitol Riots that left a scar in US democratic history.

But that’s not all. In May, Twitter suspended another account for being “affiliated with a suspended account” after the handle was caught sharing posts from Trump’s new communications platform. Click here to read the story here.

In March, a giant freighter, Ever Given, blocked the famous Suez Canal in Egypt. The gruesome but hilarious incident opened the floodgates for memes with Twitter offering “evergreen” solutions (this is also the name of the shipping company that owned the ship) to ward it off.

An image showing a lone excavator dwarfed by the 400-meter-long vessel has become a go-to meme pattern, with users poking fun at the various ingenious methods used to refloat the vessel. The vessel was dislodged almost a week later. 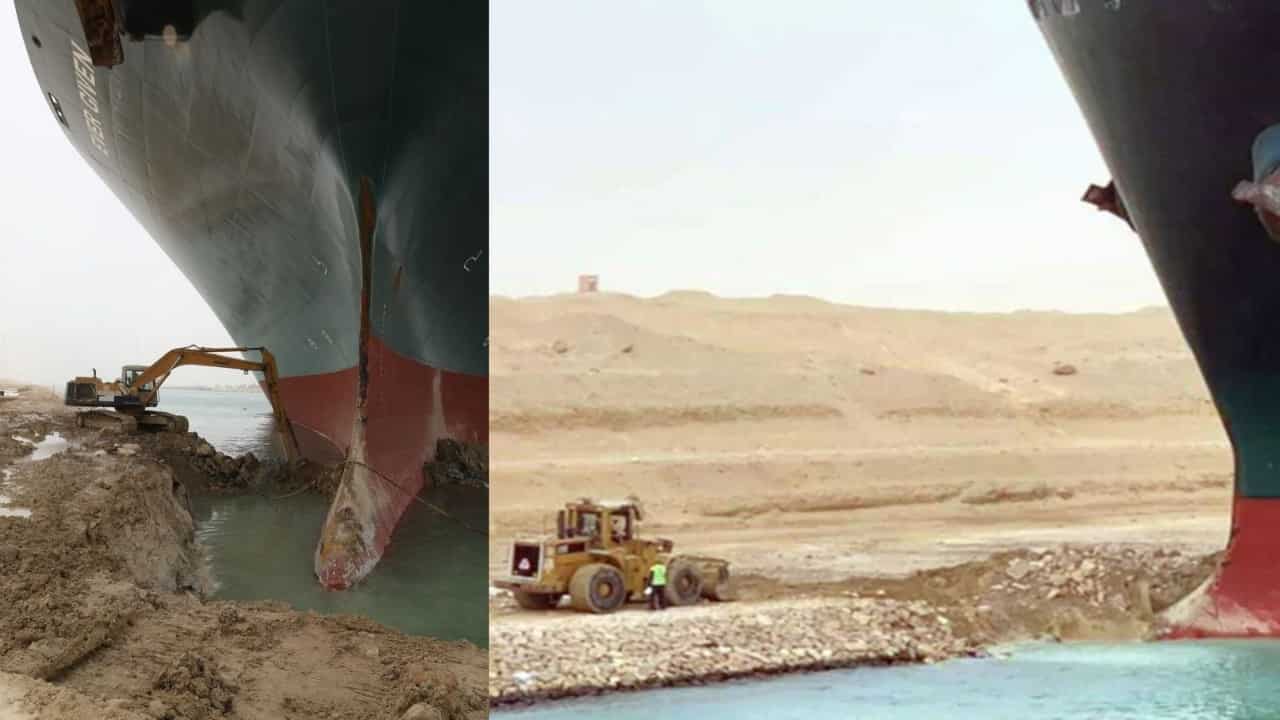 In May, two former US Navy pilots revealed they witnessed something “disturbing” and inexplicable while flying over the Pacific Ocean in November 2004.

The pilots, Cmdr. Dave Fravor and Lt. Cmdr. Alex Dietrich, said he spotted a “small white Tic-Tac-like object” above the water that had “no predictable movement or predictable trajectory”. The duo said the object suddenly sped up and disappeared once they tried to get closer. It was captured on infrared video by another Navy flight later. Click here to read the story. 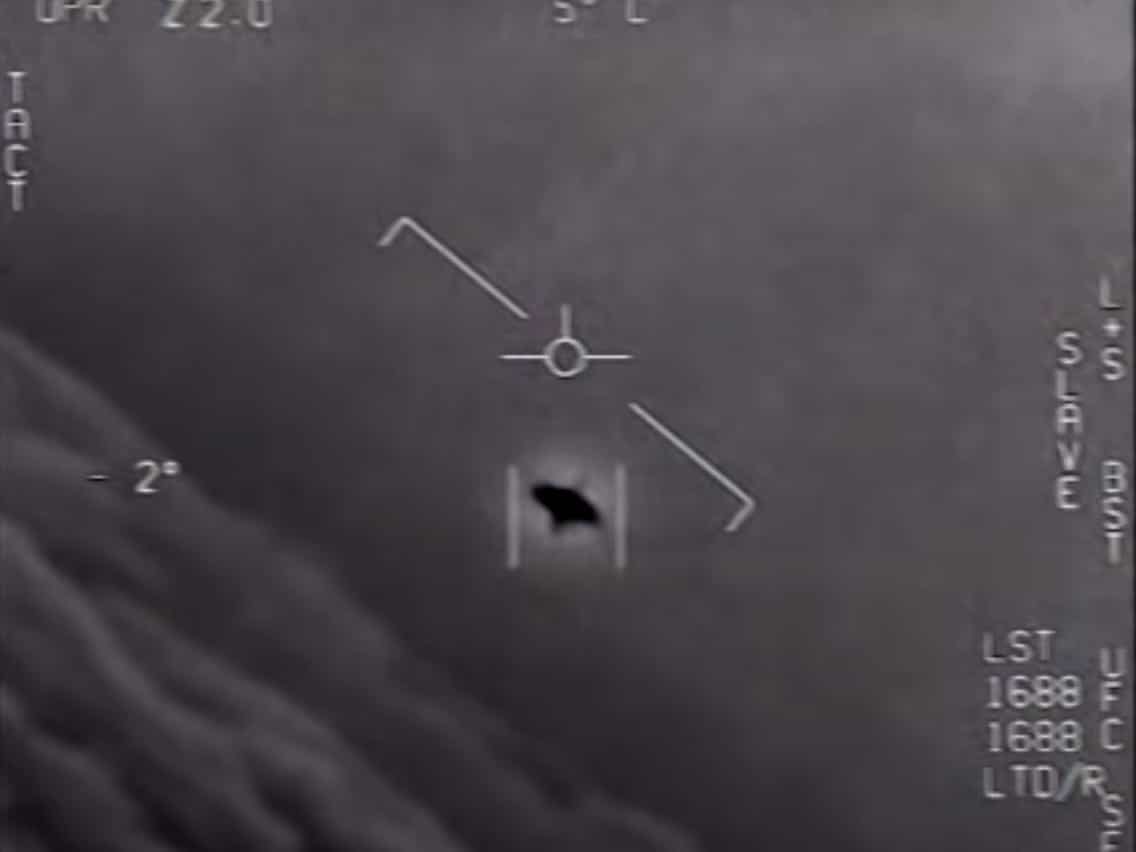 A t-shirt design, which mocked Afghans who fell from a US Air Force plane while trying to flee the Taliban regime in Afghanistan, has faced backlash online for dehumanizing and profiteering of a human tragedy.

The £12 t-shirts, emblazoned with the slogan ‘Kabul Skydiving Club, East 2021’, left netizens furious and forced the brand to make a U-turn. The last one we checked; the company was selling “Pray for Afghanistan” t-shirts. Click here to read the story. 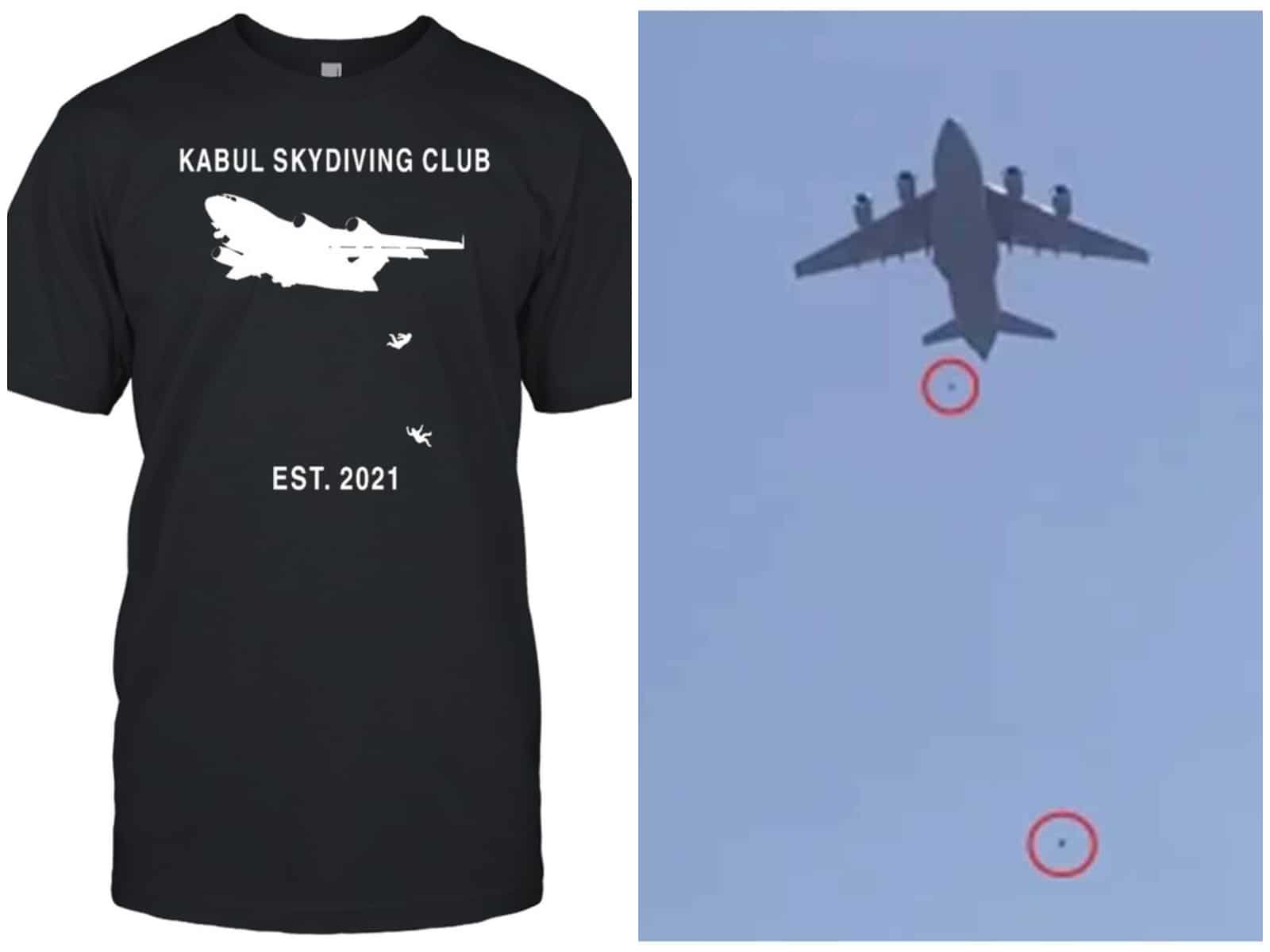 A Jamaican sprinter, Hansle Parchment, received praise in August after reuniting with and showing his gratitude to a Tokyo Olympics volunteer who came to his aid after reaching the wrong site. The woman had given money to the Olympic champion so that he could take a taxi and arrive in time for his event.

After winning the gold, Hansle did not forget to thank the volunteer who helped him at the right time. Click here to read the story. 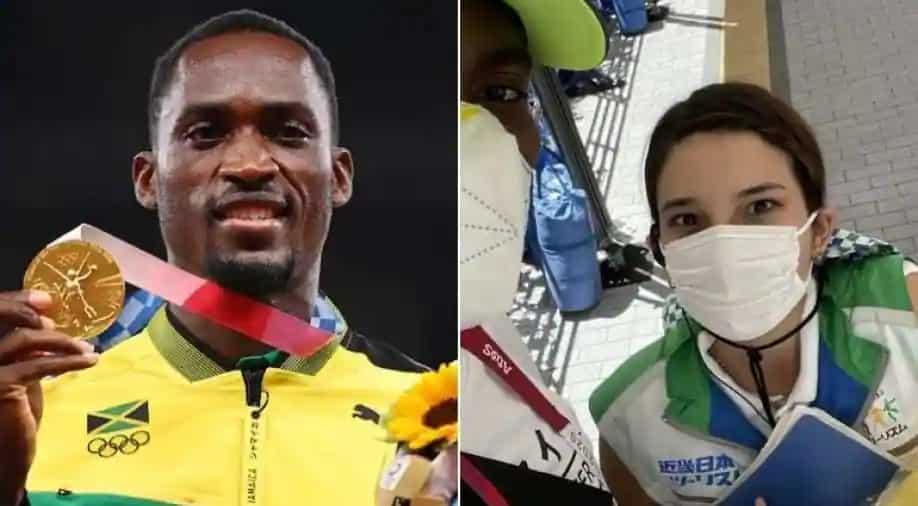 In mid-2021, German authorities called on thousands of people to get vaccinated against COVID-19 after police discovered that a nurse had administered saline solution instead of a vaccine to more than 8,500 people. at a vaccination center.

Police later discovered that the nurse involved was “motivated to oppose vaccination”. We wonder how she got there! Click here to read the story. 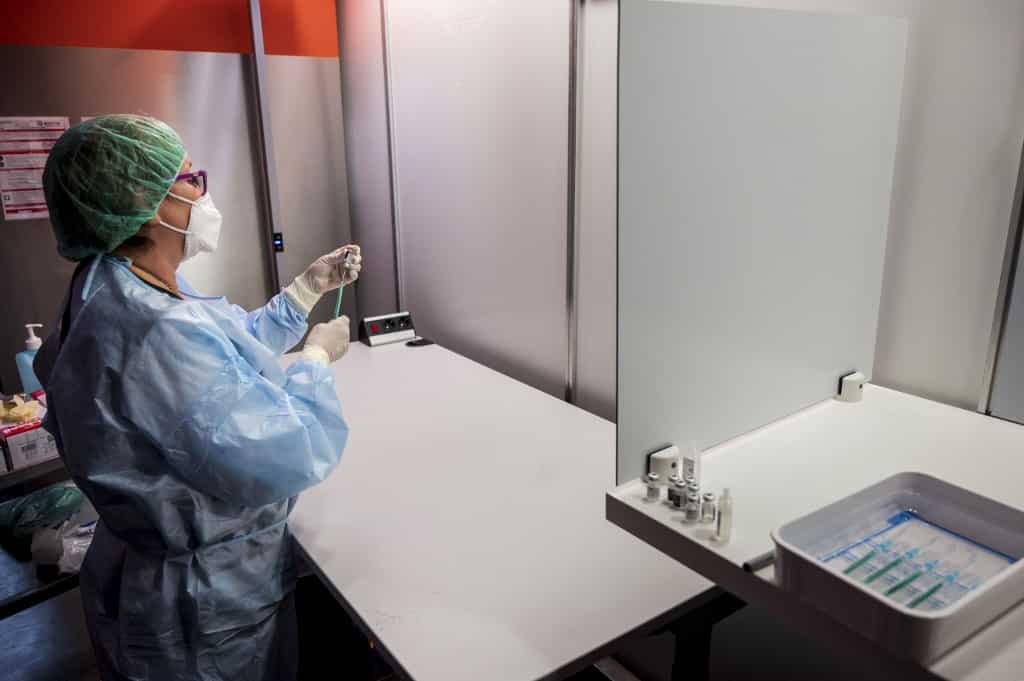 The 100% female power of Air India

In a historic achievement, an all-female Air India crew completed the longest direct flight from San Francisco to Bangalore after covering a distance of 16,000 kilometers during which the aircraft flew over the North Pole. 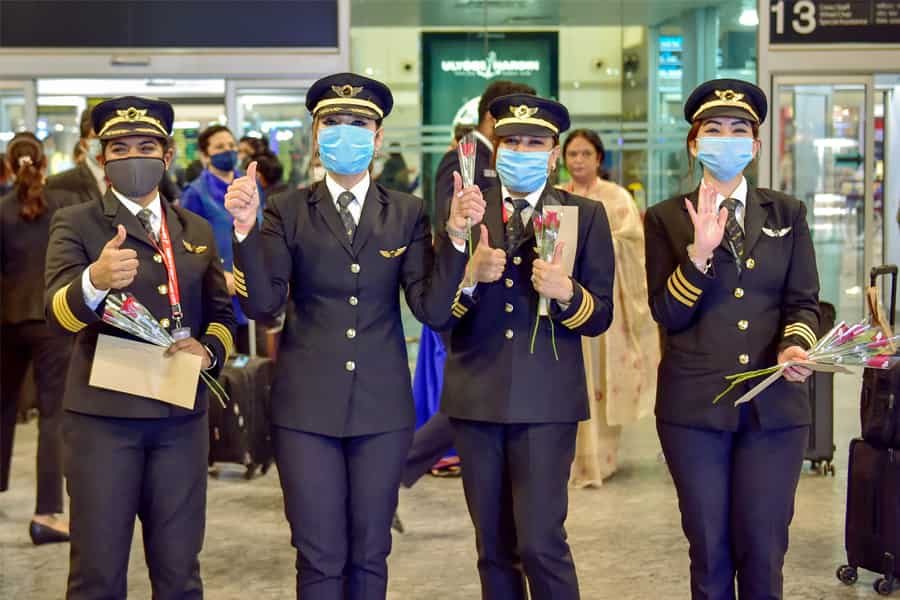 This mother bear and her two cubs took everyone by surprise after they were filmed cooling off with a dip in someone’s backyard pool, after temperatures soared in the Pacific Northwest and British Columbia.

While the cubs paddled through the water and splashed around, the mother would dip her paws in the pool and lead her cubs over the yard fence once the family was done with outdoor fun. The residents clearly had no choice but to “endure” them. Click here to see more photos. 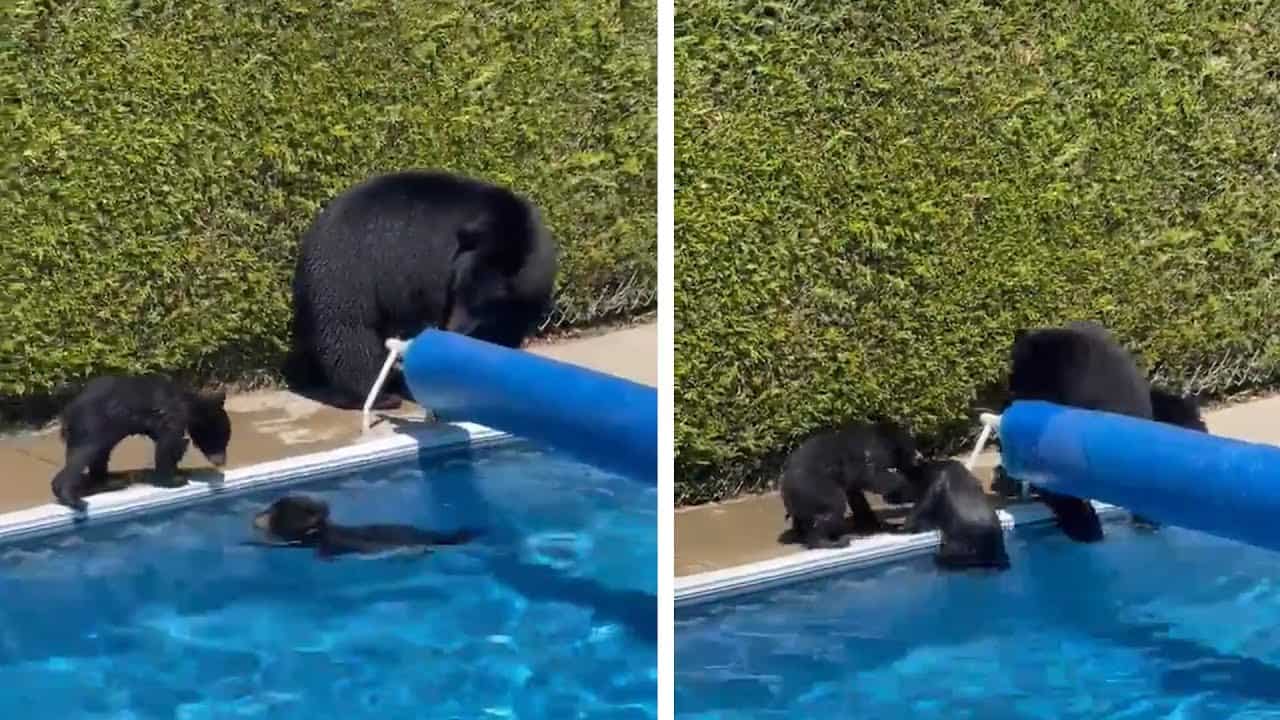 There was no love lost between French President Emannuel Macron and 2021, as the year seemed to have conspired against the leader who was the victim of not one, but two public assaults.

In June, a 28-year-old man was arrested in southeastern France after he slapped Macron in the face as the French leader shook hands with members of the public during a walk.

Three months later, Macron was egg-bombed at an international food show in Lyon, France. Fortunately, the egg bounced off the president’s shoulder, without breaking. We wish him good luck for 2022. Click here to read the story. 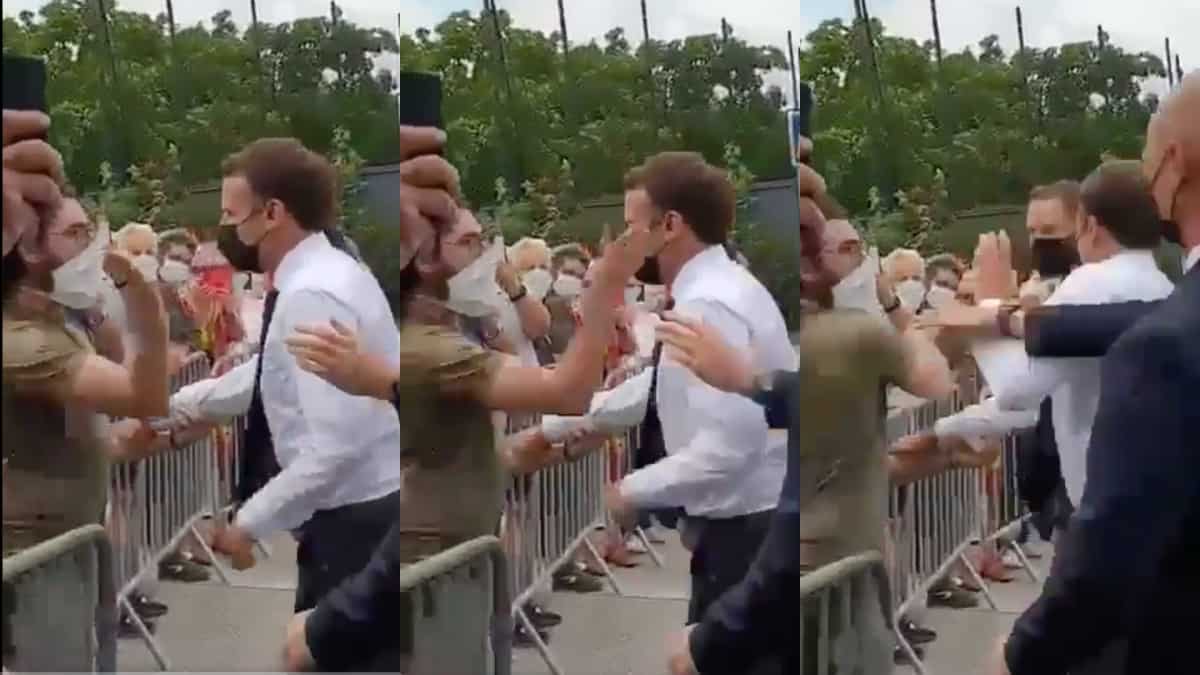 A Tanzanian sibling duo, Kili Paul and his sister Neema, have recently won millions of hearts with their lip-syncing to Bollywood songs. The two’s lives changed after a video of them lip-syncing to ‘Raatan Lambiyan’ from the Bollywood movie ‘Shershaah’ went viral on Instagram.

Since then, the duo, who walk nearly two hours a day to the nearest village to charge the phone to create the videos, have been inundated with messages – not only from admiring Indians, but also from people around the world. asking for their favorite melodies. Click here to read the story. 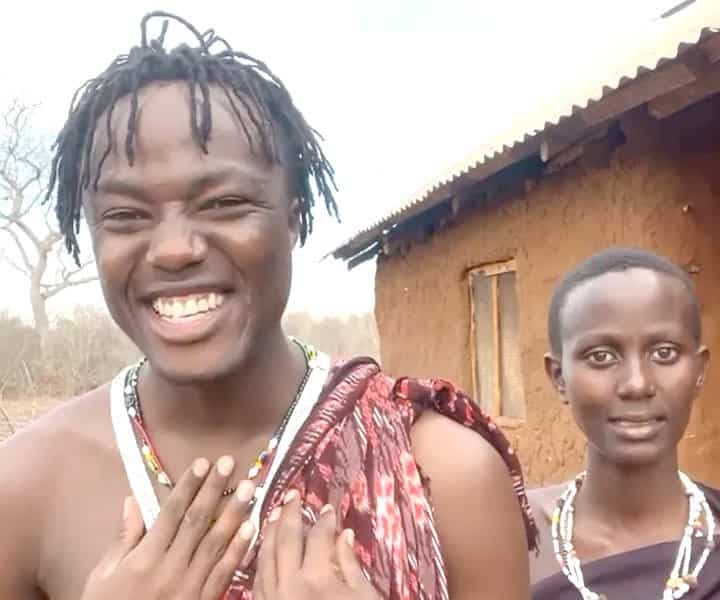 As ‘vaccine’ was selected as Merriam-Webster’s word of the year, vaccine hesitancy has made its way into people’s lives – driven by both misinformation and conspiracy theories.

Despite the plentiful supply of shots, authorities around the world have struggled to break through the critical hurdle to achieving high COVID-19 vaccination coverage.

In one such case, a man in Italy, who had been suspended for refusing to be vaccinated, tried to pull off a crazy stunt.

The 50-year-old anti-vaxxer, who wanted a vaccination pass after Italy made it compulsory, wore a fake silicone arm at his coronavirus vaccination centre. He was later reported to the police for fraud. Click here to read the story. 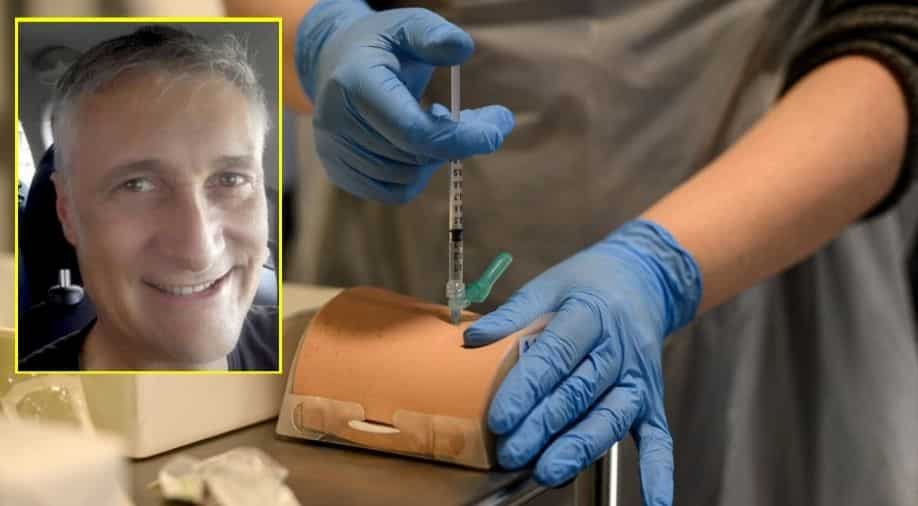 Stories Spreading Joy On The Internet Through 2021

Good news in 2021 has been hard to come by, so we’ve made the most of what’s happened. Amid the Covid-19 lockdowns, easing standards, emerging new variants and taking this world into our own hands, humanity has found something to cheer about. Lots of positive news around the world kept our hopes and morale high […]

The midnight threat level is definitely not a threat!

Hi reader! In this article we give you news about Midnight threat level. Yes, the action comedy caught on again after a decade or so after its release. Don’t go anywhere because we have a surprise at the end that you will love! Midnight threat level is the 17th episode of the famous television series […]

#SchoolReopen: It’s raining memes as kids go back to school

After more than a year and a half, children in many states were finally back to school on Wednesday. At least five States and Union Territories, including Delhi and Tamil Nadu, have decided to reopen schools by following the Covid-19 protocols. While in the real world, security was a concern, conversations were dominated by hilarious […]